Srinagar, Nov 23: Jammu and Kashmir High Court on Monday directed government to release “forthwith” from preventive custody a resident of Arreh area in Kulgam district after quashing his detention order under Public Safety Act passed by the deputy commissioner of the South Kashmir district on August 8 last year.

A bench of Justice Ali Mohammad Marey said that the detainee— Gulzar Ahmad Ganie son of Ali Mohmmad Ganie—was denied valuable right of effective representation against the order of detention.

“Examining the present case on the touch stone of the settled position of law and perusal of record, the (detainee) was not supplied the materials relied upon by the detaining authority,” the court said, observing that there was total “non-application of mind” on part of detaining authority while passing the order.
“There is nothing to show or suggest that the grounds of detention couched in English language were explained to the (detainee) in a language understood by him, as there is no material to that effect on record,” the court said, underlining that “important constitutional right” of making an effective representation against the order of detention was vitiated. “An effective representation can only be made by a (detainee) when he is supplied the relevant grounds of detention, including the materials considered by the detaining authority for arriving at the requisite subjective satisfaction to pass the detention order, “ the court said as per GNS, adding, “Since the material is not supplied to the (detainee), the right of the (detainee) to file such representation is impinged upon and the detention order is resultantly vitiated.”

Accordingly the court quashed the detention order (No. 17/DMK/PSA/2019 dated 08.04.2019) and directed the authorities to release Gulzar Ahmad Ganie from preventive custody forthwith. “Registrar Judicial of this Court shall forthwith convey the order to District Magistrate, Kulgam and Jail Superintendent concerned for compliance of the order forthwith,’ the court added.

Shafi Pandit denies land grab charge, clarifies as to how lawfully he acquired the land 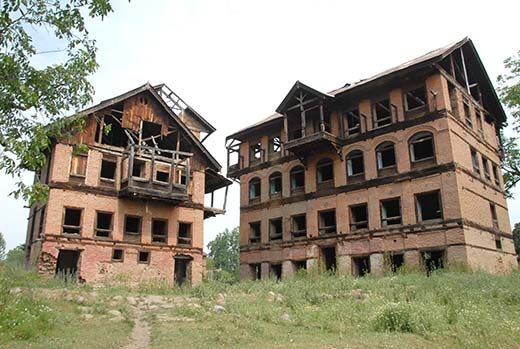