Family threatens to go to court if report not submitted soon..

SRINAGAR: After five months, Baramulla administration has completed the investigation regarding alleged killing of a Sopore youth in police custody and a report in this regard will be submitted to the government soon, officials said on Wednesday.

Last year on September 16, Irfan Ahmad Dar from Sadiq Colony Sopore of Baramulla district was found dead after he was allegedly picked up by a Police team from his shop a day before.

ADC Baramulla, Mohammad Ahsan Mir, inquiry officer in the case, said that the investigation regarding the case has been completed and a report in this regard would soon be handed over to the government.

“We have completed investigation in the case, including submission of the forensic report, which was pending for months. The inquiry report will be submitted initially to Deputy Commissioner (DC) Baramulla then it would be further forwarded from DC’s desk to higher authorities in the government,” he said.

Although, Mir added, they have completed all the formalities in case, yet, the content of the final report about the case cannot be disclosed in the public domain.

Earlier police had claimed that Dar was an over ground worker and had escaped while being taken for recovery of arms.

In a statement, Police stated that during the course of the investigation, a police team had visited Chairdaji area of Tujjar-Sharief along with Dar for recovery of arms and ammunition.

“Taking advantage of the darkness and terrain, Dar managed to escape”, said the police.

While a separate case FIR No. 71/2020 under Section 224 of the IPC was registered in the Police Station Bomai.

“During the search, the body of Dar was found near a stone quarry of Tujjar-Sharief,” the police said.

Later on Dar’s body was taken to a public health centre in the area from where he was shifted to Police Control Room (PCR) hospital in Srinagar for post mortem.

His body was later buried in Sonamarg, more than 130 kilometers from his home in Sopore.

Refuting the police version, the family members alleged that Dar, was a shopkeeper by profession, was “falsely dubbed as an OGW and killed in police custody.

Dar’s death had sparked protests in the area, and political parties had demanded action in the matter.

Javid Ahmad Dar, elder brother of deceased Irfan Dar said that administration is deliberately delaying the investigation in the case.

“It has been five months now, still the government is trying to close the case,” Dar alleged.

He said the inquiry officer visited our residence several times. He took detailed accounts of everyone including employees, family members along with CCTV footage etc. We cooperated and provided every possible support to the officer,” Dar said.

He also stated that if the inquiry officer fails to submit a final report soon in the case, they will be approaching Jammu and Kashmir High Court next week to intervene in the matter. 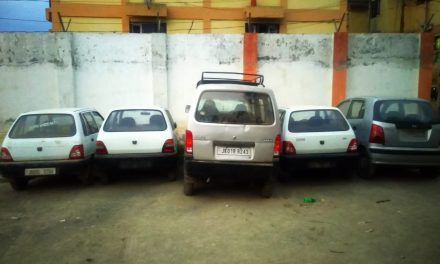 Trooper kills himself in bathroom