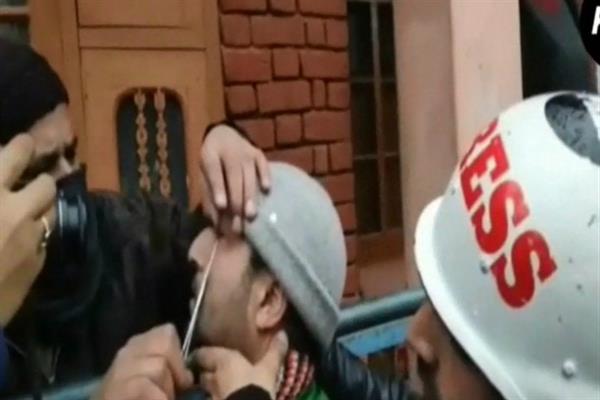 Four photojournalists were hit by pellets fired by government forces when they were covering protests during a gunfight in Heff-Shirmal.

KWJA members express sympathies with the photojournalists, who have been injured in the line of duty and pray for their speedy recovery.

We at KWJA believe the repeated attacks on media fraternity is an attempt to muzzle press freedom and to prevent journalists from performing their professional duties.

Like in the rest of India, journalists in Kashmir are coming under unwarranted threats and scrutiny, from both state and non-state players. It is no surprise that India has dipped on the press freedom index, prompting global watchdog – RSF to issue an incident report on India.

It would be in the national interest for the authorities in India, as well as J&K, to improve their record for press freedom, rather than resort to authoritative measures, that further malign their image.

LPG cylinder new rules from November 1: All you need to know

BJP Worker Injured In Misfire By PSO In Kupwara, Discharged

Our Education Machinery, Efficient or Rusting!