UN Secretary-General Antonio Guterres has called upon India and Pakistan to move in a positive way to resolve their differences.

He sidestepped a question by a Pakistani reporter at a news conference on Wednesday about what the journalist asserted were demographic changes India was making to Kashmir, and instead referred to a statement he made last year and said, “It is absolutely essential to move forward in a positive way according to what I expressed then and I maintain today.”

In that statement issued last year soon after India rescinded its special constitutional status Guterres had referred to the Simla Agreement of 1972 which, he said, “states that the final status of Jammu and Kashmir is to be settled by peaceful means, in accordance with the Charter of the United Nations.”

“The position of the United Nations on this region is governed by the Charter of the United Nations and applicable Security Council resolutions,” he had also said while expressing concern over reports of restrictions on movement “on the Indian-side” which “could exacerbate the human rights situation in the region.”

On Wednesday he said, “I will make exactly the same statement I made in that moment” last year in August.

The Simla Agreement between India’s Prime Minister Indira Gandhi and Zulfikar Ali Bhutto, who held the office Pakistan’s president at that time, laid down that disputes between the two countries would be settled bilaterally without third party involvement.

The main Security Council resolution on Kashmir requires Pakistan to withdraw from there as a precondition for a plebiscite for which Pakistan and its supporters clamour.

Resolution 47 adopted on April 21, 1948 demands that the Pakistani government “secure the withdrawal from the State of Jammu and Kashmir of tribesmen and Pakistani nationals not normally resident therein who have entered the State for the purpose of fighting, and to prevent any intrusion into the State of such elements and any furnishing of material aid to those fighting in the State.” 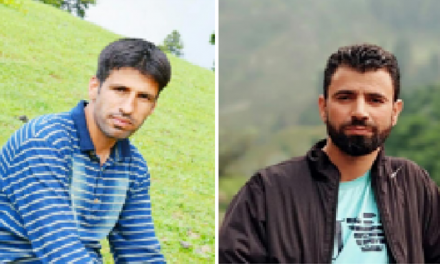